skip to main content skip to footer
ARE YOU AN APWU BARGAINING UNIT EMPLOYEE? 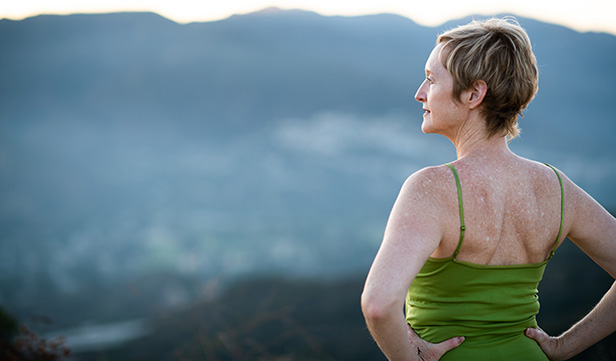 Shingles is a common viral infection that causes a painful skin rash. Although it isn’t life-threatening, it can be very painful and last anywhere from a few days to several weeks. In the United States, healthcare providers diagnose more than 200,000 cases of shingles each year. The good news is that a widely available vaccine can help reduce the risk of developing shingles.

Shingles (also called herpes zoster) is a painful, blistering skin rash that can occur anywhere on your body but most often appears as blisters on your torso. The same virus that causes chickenpox—varicella-zoster—causes shingles. After you recover from chickenpox, often in childhood, the virus stays dormant in the body and settles into the nerve tissue near your spinal cord and brain. Years or even decades later, the virus may reactivate as shingles.

In the U.S., about one in three people will get shingles, usually after age 50. By age 85, half of adults have experienced at least one outbreak of shingles.

What are the complications of shingles?

The most common complication of shingles is postherpetic neuralgia (PHN), a condition that affects the nerves and skin, causing burning pain that can last for months (or years) after the shingles rash disappears.

About 10 to 18 percent of people who get shingles will experience PHN.

What are the risk factors for shingles?

Anyone who has had chickenpox (or was exposed to chickenpox without developing symptoms) can get shingles. In the U.S., most adults had chickenpox when they were children, before the Food and Drug Administration (FDA) approved the nation’s first chickenpox vaccine in 1995.

Risk factors that may increase your risk of developing shingles include:

The FDA approved the Shingrix vaccine in 2017. As a non-living vaccine made of a virus component, Shingrix can help prevent shingles and related complications.

The vaccine is given as a shot into the upper arm. Full vaccination requires two doses, administered two to six months apart.

An older shingles vaccine called Zostavax is no longer available in the U.S. but may be used in other countries.

Who should get the shingles vaccine?

The Centers for Disease Control and Prevention (CDC) recommends that healthy adults age 50 years and older get the shingles vaccine.

You should get the Shingrix vaccine even if:

How effective is Shingrix?

The risk of getting shingles increases as you get older, so it’s important to get vaccinated. Shingrix also provides strong protection against PHN, the most common complication from shingles.

Does the shingles vaccine have any side effects?

The Shingrix vaccine is safe. The most common side effects include mild or moderate pain, redness, and swelling at the injection site. Some people experience headaches, fatigue, fever, or nausea, but these side effects are temporary and should not last more than a few days. Any side effects you may experience will be much less severe than having shingles.

The side effects are the result of your body creating a strong defense against shingles. You may have a reaction to the first, second, or both doses of Shingrix. Taking an over-the-counter pain medicine, such as ibuprofen or acetaminophen, can help relieve some side effects.

In clinical trials, serious side effects from Shingrix were extremely rare. For every one million doses of a vaccine given, only one or two people had a severe allergic reaction.

Can you get shingles if you’ve been vaccinated?

While no vaccine is 100 percent effective, Shingrix greatly reduces your chances of getting shingles. If you get shingles, the vaccine is likely to make the symptoms milder and the illness shorter. You’ll also be less likely to get PHN.

Is Shingrix safe for everyone?

Ask your doctor, pharmacist, or healthcare provider if Shingrix is right for you. You should not get the Shingrix vaccine if you: